About 12 years ago, I was a communications consultant for one of Europe’s largest urban regeneration projects in what is known as Amsterdam Nieuw West, a series of post-war neighbourhoods with a bad reputation. Every day while travelling to work, I passed a neighbourhood called Lelylaan. At the neighbourhood’s entrance, a sign declared, in large steel letters: ‘Lelylaan Leeft!’ (which can be translated as ‘Lelylaan is Alive’ or ‘Lelylaan is Lively!’). The slogan was somewhat cynical, albeit unintentionally so, because it described the area around it so badly. It was located right next to Station Lelylaan: a dreary location, not lively at all, but rather a place you’d want to leave as soon as possible. The railway station was blocked by large fences most of the time, police and private security patrolled the area almost continuously and, if they didn’t, junkies and dealers haunted it. Thus, the sign had an almost Soviet absurdity to it, stemming, it seemed, from the belief that simply declaring the neighbourhood lively would make it so.

Both this sign and the urban regeneration project I worked on are what Sander Bax, Pascal Gielen and Bram Ieven, editors of Interrupting the City: Artistic Constitutions of the Public Sphere, would call interruptions of urban reality. Such interruptions, they explain in their introduction, are events that intervene in ‘the flow of the social, media and economic forces that make up the public sphere’ (14). Out of such interruptions may come a realignment of these forces and therefore a new constitution of the public sphere. One is reminded here of John Dewey’s description of how a public emerges: it is the very wish to regulate and, in some cases, to control human action by the state that constitutes the public (Dewey, 1927: 15-16). Every attempt to regulate human action is an interruption that brings about what one could call a new type of public.

The sign in Lelylaan and the urban regeneration of which it was a part are very much a topdown interruption, an attempt to bring about a very specific new public sphere, that can be characterised as gentrification. Art could be such an interruption as well, the editors argue, as it also has this capacity to transform and reimagine the public sphere. However, the sign in Lelylaan is merely the transmission by the state of the desired public space, whereas art, as the editors put it, ‘is always a representation of reality […] that quickly becomes a comment or critique on that reality’ (20). Artwork invites people to respond, through play, to the alternative public space it proposes and is therefore much more bottom up.

One could also say, as Erik Swyngedouw does in his contribution to this volume, that art offers the possibility of insurgence, often directed exactly against the top-down transmission of ‘being a public’ that is exemplified by the sign in Lelylaan. As the facilitator of play, art directly intervenes in today’s cities and their otherwise highly commodified public spheres. If the ‘creative city’ propagated by Richard Florida and his ilk commodifies the inborn human tendency to play, art provides spaces for play that are not made useful and valuable, for play that stands outside the reach of neoliberal capitalism. In other words, art constitutes an alternative public sphere by providing the opportunity to be unproductive and by helping people imagine alternative ways of being a public.

This active resistance to neoliberalism and analysis of such resistance in the world of art is characteristic of the Antennae series, of which Interrupting the City is the twentieth instalment. Like most other volumes in this series, it offers an enticing mix of academic analysis, interviews with artists and thinkers, and contributions by artists reflecting about their artistic practice. As the introduction to another volume in the series explains, the idea is ‘to gently orchestrate a polyphonic conversation in which the singular voices of individual artists discussing their own creative practices are equally important as the more scholarly contributions’ (Cools & Gielen, 2014: 10). The result is almost always food for thought, with more space for essayistic approaches than in regular academic publications. All this gives the series the feel of a cross between an academic journal and an art magazine. Indeed, considering the frequency with which new volumes in the series appear (more than 20 in 10 years’ time), one could wonder why it doesn’t take the shape of a periodical, richly illustrated and distributed widely, so it could reach a larger audience.

Here, as in many other volumes in the series, the enemy is neoliberalism. Art and creativity are pitted against it as agents of change, obstructive interventions in the oiled radar work of the smoothly running neoliberal machine, but also under threat of being commodified themselves. One may take issue with such a partisan approach, which always runs the risk of saying ‘art is’ when really meaning ‘art should be’, or discarding art that doesn’t fulfil this lofty task as ‘not real art’ (à la Adorno). However, it is this willingness to take sides that gives this series its unique flavour and critical edge, addressing an interested and intelligent reader who could, of course, always disagree. The series in general and this volume in particular are thus themselves interruptions, aiming to constitute a public sphere through their polyphonic approach (with polyphony itself already a counterweight to neoliberalism’s tendency to standardise).

It is significant that this volume is the first in the series in which literature plays a certain role. Before, the focus of the Antennae series was on the visual and performing arts. This probably has to do with the fact that two of its editors – Bram Ieven and Sander Bax – are specialists in Dutch literature. In any case, one can applaud this broadening of scope and hope that this trend continues. At first it may seem slightly surprising that literature is given such a central role in a volume about the public sphere. Thinking about interruptions of the public sphere brings to mind more physical interventions, such as Rafael Lozano-Hemmer’s installations, which entice their audience to enter into solitary or communal play with light and shadow in public spaces. Literature seems almost to be at the other end of the scale when it comes to the ability to have an immediate impact on urban realities.

However, the editors – referring to Jürgen Habermas’s classic essay, The Structural Transformation of the Public Sphere – remind us that the literary public sphere in many ways paved the way for the public sphere of modern times, providing ‘a training ground for a critical public reflection still preoccupied with itself’ (15). As the essays in this volume show, literature has lost none of that quality. Sander Bax writes about the interrelatedness of Joris Luyendijk’s banking blog and Tom Lanoye’s novel Gelukkige slaven. And Odile Heynders places a wonderful close reading of Italo Calvino’s Invisible Cities alongside expats’ descriptions of their experiences of European cities, reminding us that, in the words of Calvino, ‘the city must never be confused with the words that describe it’ (a warning that those who placed that sign in Lelylaan should have taken to heart).

Vanessa Joosten’s contribution about Bart Moeyaert’s 2006 and 2007 stint as Antwerp’s Poet Laureate shows what happens when a poet gets caught between top-down and bottom-up attempts to regulate and control the constitution of a public. She illustrates how the institution of City Poet has a fundamentally schizophrenic nature, incorporating both the transmission of ‘being a public’ by the state and the artistic intervention in that very transmission by the individual artist.

The other contributions to this volume offer equally rich reflections on other art forms, either analysing the interruption of the public sphere and the possible publics these interruptions may constitute, or functioning as such interruptions themselves. Tessa Overbeek is present – as she is in several other volumes in the Antennae series – with a thought-provoking piece on circuses. She interviews veteran New York circus performer Jennifer Miller, who presents circus as the artistic interruption of the public sphere par excellence. Indeed, is there any more titillating intervention in the urban public sphere than the circus coming to town? That event, probably in some form or another as old as the city itself, may be more successful than any other in teasing out the demarcations of urbanity itself, when a nomadic troupe of performers invades the sedateness of the settled.

Similar interruptions are presented in other contributions. These range from the performance art of Rennie Tang and Sara Wookey, in which everyday urban actions are used in a choreography that then interrupts those very actions in the public sphere, to installations by Sarah Vanhee that transmit the screams of those who are normally kept out of the public sphere: prisoners.

Not blind to the pitfall of presenting art as a utopian practice that will correct all the wrongs of the modern cityscape, the volume also republishes a harrowing 2005 essay by Gregory Sholette. It describes his dawning realisation that in the neoliberal city’s celebration of the creative class, art and artists have become the unwitting but willing allies of gentrification; Lelylaan Leeft! in a fancy dress, one could say.

In the final essay of the volume, Pascal Gielen offers a way out of this commodification of art and creativity when he suggests that the creative city is only one stage in the evolution of urbanity. He predicts that it will be replaced by the common city, in which ‘the neo-tribal crowd becomes political’ (295). In such a city, art will leave the museums and theatres to be like the circus coming to town: interrupting any hegemony so that the city always remains in a constant (Deleuzian) process of becoming. It will therefore be fundamentally open to everyone, unlike the gentrified urban sphere of the creative city, which is fundamentally exclusive. With that idea, the volume ends on a utopian but utterly enticing note, promising a city that is truly alive and lively, rather than merely described as such. 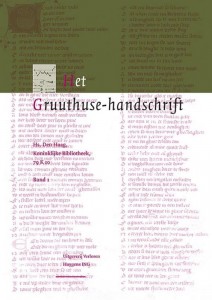 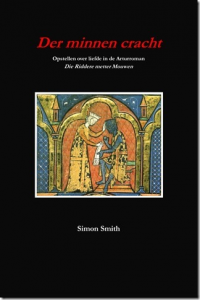 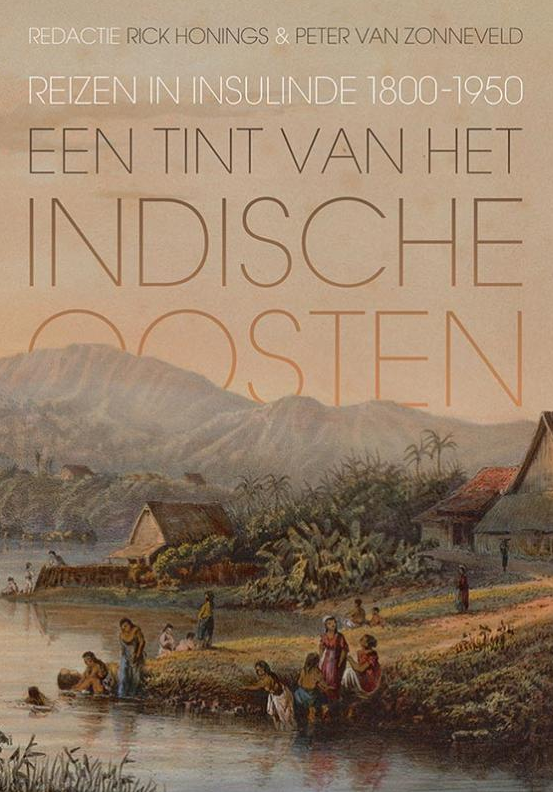 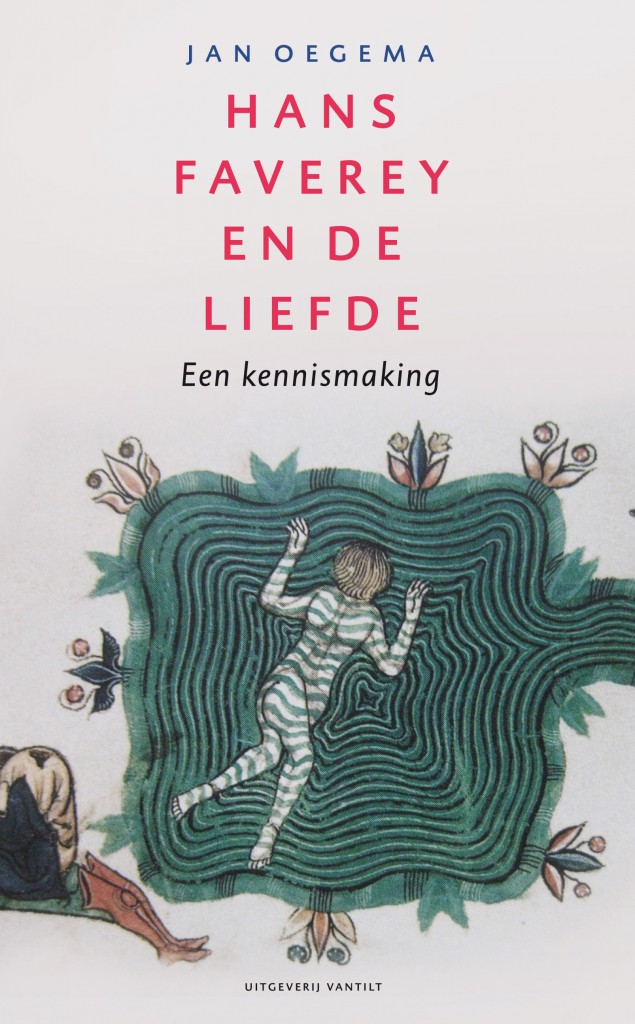 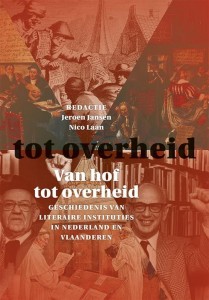 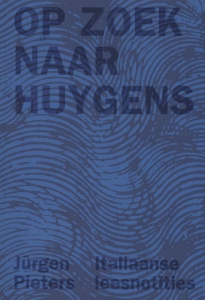 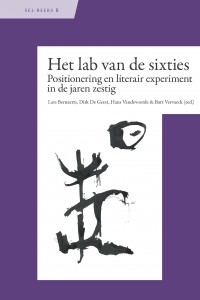 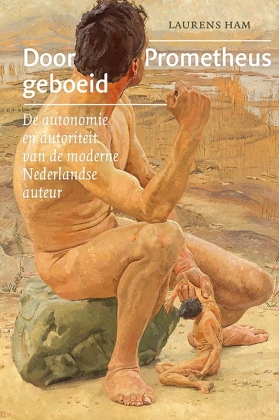