Until the early 1990s, our understanding of  (the poetics of) Neue Sachlichkeit (New Objectivity) was highly influenced by contemporary authors who opposed this artistic tendency. As scholars like Ralf Grüttemeier and Sabina Becker have shown, literary historians tended to reproduce such normative views on Neue Sachlichkeit as adequate descriptions. The last two decades, however, researchers are more concerned with the Neue Sachlichkeit-proponents themselves, thus shifting the focus to poetic and critical texts surrounding the phenomenon and to the artistic production in a ‘new objective’ tradition.

The volume Neue Sachlichkeit and Avant-Garde (edited by Ralf Grüttemeier, Klaus Beekman and Ben Rebel) is a typical exponent of this shift, as its contributions mainly deal with the poetical, rhetorical and discursive dimensions of Neue Sachlichkeit and its position in the literary and artistic fields of the 1920s and 1930s. As New Objectivity was primarily a Dutch and German enterprise, the volume’s geographical focal points are the Netherlands and Germany, although the editors claim that the phenomenon can also be traced elsewhere (the contribution of Willem G. Weststeijn on the Russian constructivist Aleksei Gan, however, does not deal with Neue Sachkichkeit that much).

In their introduction to the volume, Grüttemeier, Beekman and Rebel point out two aims of Neue Sachlichkeit and Avant-Garde. In the first place, by focusing not only on literature and painting but also on architecture and photography, the book seeks to get a clearer idea of the scope of the concept Neue Sachlichkeit. This works out well, considering the illuminating contribution by Marieke Kuipers on Gerrit Rietveld’s relation to New Objectivity and Ben Rebel’s detailed account of the appearance and disappearance of the terms ‘Nieuwe Zakelijkheid’ (the Dutch equivalent of Neue Sachlichkeit) and ‘Nieuwe Bouwen’ (‘New Building’) in modern architecture in the Netherlands. The second aim of the volume is to analyze the new artistic tendency as a positioning strategy in the Bourdieuian sense: by relating or opposing themselves to Neue Sachlichkeit, writers and artists in the interwar period sought to define their position within the cultural field. According to the editors, such a stance had three dimensions: by embracing the characteristics of New Objectivity, artists showed that they accepted modern developments in technology, social structures and politics as a given reality (1), that they were able to catch up with international developments in their field (2) and that they did not believe in strict boundaries between different kinds of media (3).

Although Grüttemeier, Beekman and Rebel do not explicitly state it, a third aim of Neue Sachlichkeit and
Avant-Garde seems to be a critical comparison between the two types of art that are mentioned in the title of the volume, that wishes to be read ‘as a plea for a differentiated description of the many shared aspects and some differences between the avant-garde and Neue Sachlichkeit’ (14). An interesting account of these shared aspects is provided by Sabine Kyora, who argues that the concept of the ‘subject’ in Neue Sachlichkeit resembles the use of this notion in Dadaism and Expressionism. Focusing on the reception of Neue Sachlichkeit among Dutch authors and critics, Jaap Goedegebuure also points at (perceived) similarities between New Objectivity and avant-garde: critics like Hendrik Marsman and Constant van Wessem did not make a distinction between Neue Sachlichkeit and Expressionism.

Consequently, Grüttemeier, Beekman and Rebel argue that it is very hard to distinguish between such artistic traditions. Elaborating on their conception of Neue Sachlichkeit as a positioning strategy, the editors suggest that  writers and artists adapted or adjusted the term in the need of conquering a position in establishing and growing art fields. As such, they sometimes opposed themselves against
avant-garde, using its movements as the background against which they presented their art as different, whereas they were in fact indebted to these traditions. This is a fruitful perspective, for it shows that Neue Sachlichkeit is not a fixed category, but a discursive construct that gives us more insight in the (interactions between) literary and artistic fields in the interwar period. At this point, Neue Sachlichkeit and Avant-Garde is a welcome addition to the study of Dutch literature in the 1920s and 1930s: the volume connects well with other current research that seeks to explore (discursive) position takings in this period, such as the NWO-funded program ‘Dutch Middlebrow Literature: Production, Distribution, Reception’ (Rijksuniversiteit Groningen / Open Universiteit Nederland / Radboud Universiteit Nijmegen).

Although the editors claim that Neue Sachlichkeit and avant-garde are ultimately quite similar, their introduction implies that these movements took a different stance towards modernity. According to Grüttemeier, Beekman and Rebel, avant-garde was deemed to be ‘modern’, while the position of Neue Sachlichkeit was more ambiguous: it avoided ‘a radical opposition towards modernity as well as uncritical adoration’ (13). This seems an adequate paraphrase of New Objectivity’s way of dealing with modernity, but we should not forget that the relation between avant-garde and modernity might also be ambiguous: as Raphael  Sassower and Louis Cicotello have argued in The Golden Avant-Garde: Idolatry, Commercialism, and Art (2000), avant-garde artists were ambivalent towards the predicaments of modernity too. Similarly, the differences between avant-garde and Neue Sachlichkeit in terms of position  taking (with the first ‘defending’ its position and the latter ‘conquering’ one) should not be overestimated: it would be interesting to find out  whether avant-garde can be considered as a positioning strategy as well.

In general, Neue Sachlichkeit and Avant-Garde is a comprehensive book that cannot only serve as an introduction to the debates surrounding New Objectivity in the 1920s and 1930s, but that also gives a welcome impulse to the study of the interwar period by effectively combining discourse analysis with a more institutional approach. With the international audience of the publication in mind, though, some of the case studies on Dutch literature could have paid more attention to the phenomenon of pillarization and its consequences for the reception of Neue Sachlichkeit. The extensive contribution of Gillis Dorleijn, for instance, quotes the Protestant Cornelis Rijnsdorp as an advocate of new objective literature, but this critic rather had an equivocal attitude towards Neue Sachlichkeit, which in his view lacked depth and personality. Nevertheless, Neue Sachlichkeit was a phase that Protestant literature needed to go through in order to be taken more seriously. It would have been interesting if Dorleijn had elaborated more on this typical Protestant stand, especially because of the focus on Neue Sachlichkeit as a position strategy. Likewise, I wonder whether Lut Missine’s intriguing analysis of Albert Kuyle’s new objective prose had differed, had she taken his position in the Catholic segment of the Dutch literary field into account.

Ultimately, these critical questions do not dismantle the project of Sachlichkeit and Avant-Garde. Rather, they ask for additional research on these matters, that deserve even more attention in the near future. 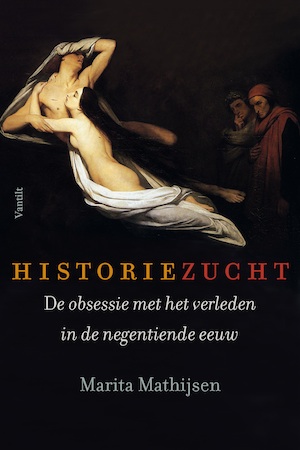 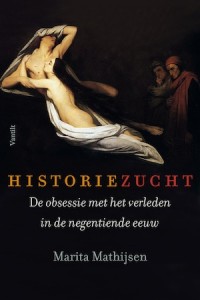 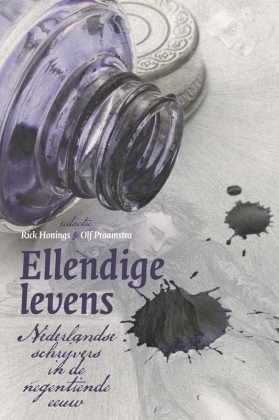 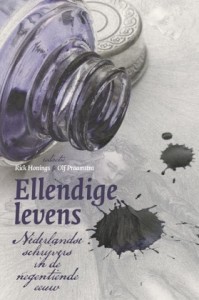